The jury has deliberated and the verdict is in on the shock. Meh. In fairness, it’s leaps and bounds beyond that of the ‘lesser’ FZ’s. By a long shot. But that shouldn’t be a surprise to anyone who hasn’t been living under a rock for the past three years.

First, the shock is identical externally to the R1 with one exception: The R1 has ride height adjustment while the FZ-10 does not. Despite what we’ve read in the press, the FZ-10 shock has the same spring according to our measurements. Both bikes use a spring that spec’d out at ~475-480 lb/in. Makes you wonder what they were thinking since the FZ has a heavier steel subframe, factory option luggage, and a greater probability of a pillion rider. Really – have you seen the R1’s seat? I’d rather walk.

Our prototype shock is being built next week, and we’ll start testing with a 550 lb/in spring rate for a 195 lb geared rider. Pro racers typically run 600-650 depending on the circuit and track conditions, so that should give you some perspective on how poorly sprung the bike is. So I’ll reiterate: if you weigh more than about 150 lbs in gear, the stock spring is too soft. And really, that weight is being generous. The pain you’re feeling on large bumps is the bike plowing into the bump stop as it bottoms out. A heavier spring will fix this issue.

The damping is another matter altogether. Penske ran the shock on the dyno yesterday for us. 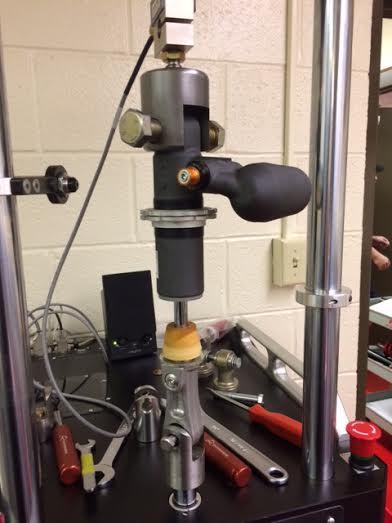 The results are interesting. Well, maybe not since the performance is identical to the R1. But either way, there are some points that are worth mentioning. We’ve found a lot of people ‘feel’ something makes a difference, but the data doesn’t always support it. The placebo effect is real. Let this be our guide. 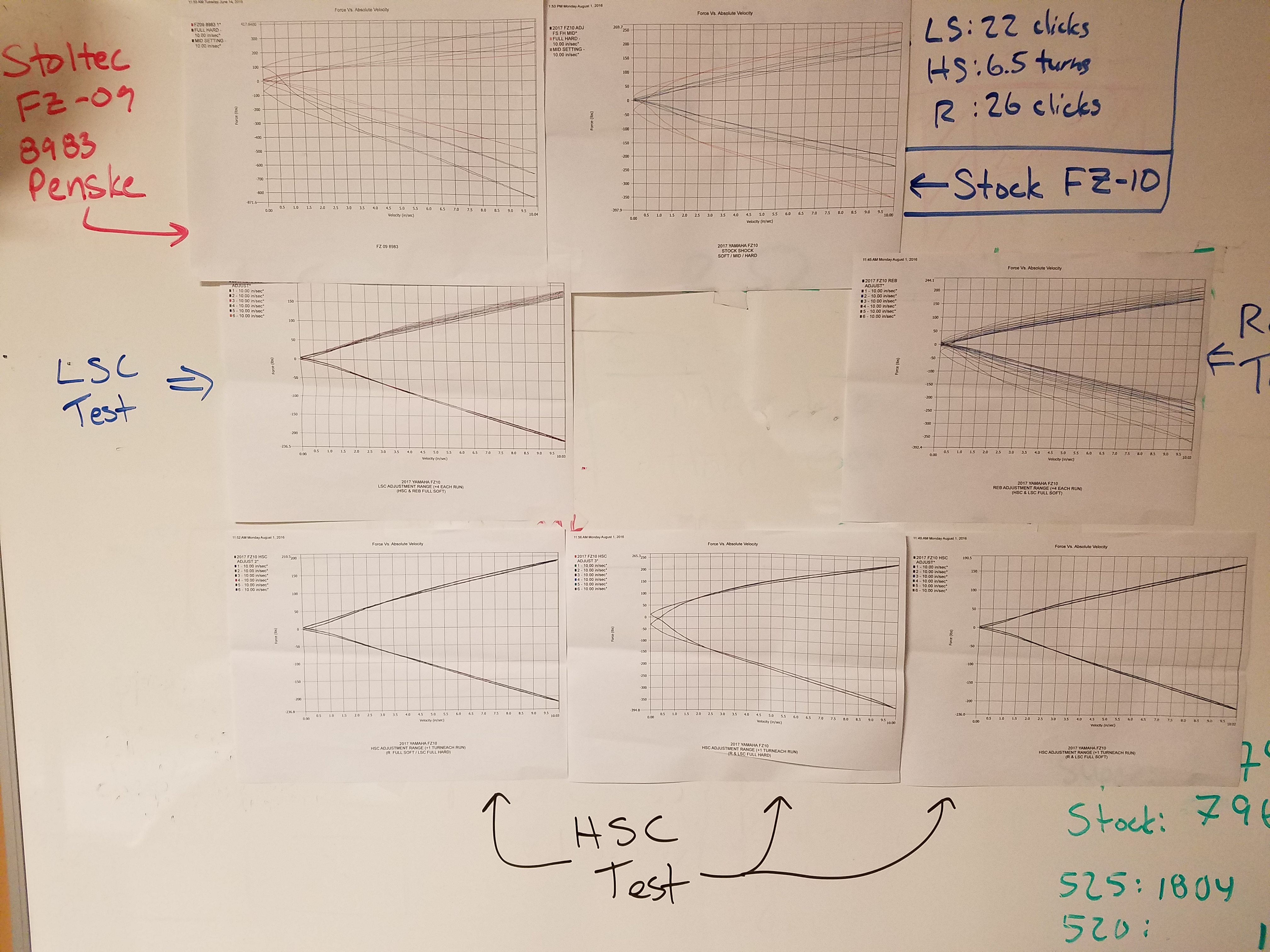 There’s a lot of stuff to make you cross-eyed here, so bear with me. I’ve left the image at full resolution and quality, so feel free to click on the image to zoom in.

Blah, blah, blah…are we done here? The take away is this:

Re-springing and revalving isn’t out of the question, but we’re still limited by the design of this shock. The relationship between rebound and compression won’t go away without substantial modifications.